What to Do in Aegina Island

There is no better way to enjoy the sea than boating & sailing. Charter a yacht or sailing boat and design your dream day at sea, early in the morning or during a lazy afternoon, with lunch on board or in a fabulous restaurant down the coast. This service lets you enjoy another level on your holiday, so do not miss the opportunity to sail the Mediterranean and then enjoy your stay at Villa Vithania. Why not combine a week sailing with a second week spent relaxing at our Villa. 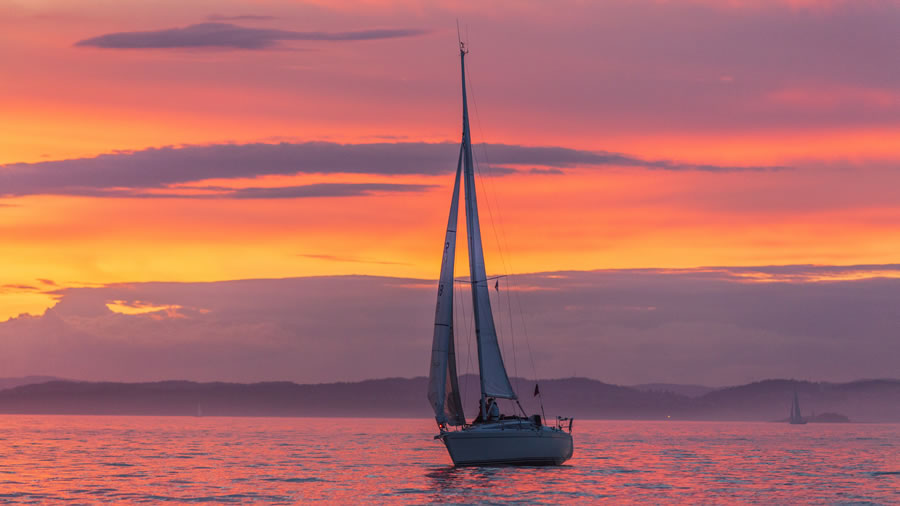 Boat Trips and Cruises around Aegina, Moni, Agistri, Aponisos, Poros and Hydra. We can organise tailormaid and well organised boat excursions, or hire his boat with your friends for the trip that you desire. Enjoy the sun and sea of Aegina Island, come sail to beautiful places to swim and snorkle in the waters around Aegina island and its neighbouring islands. 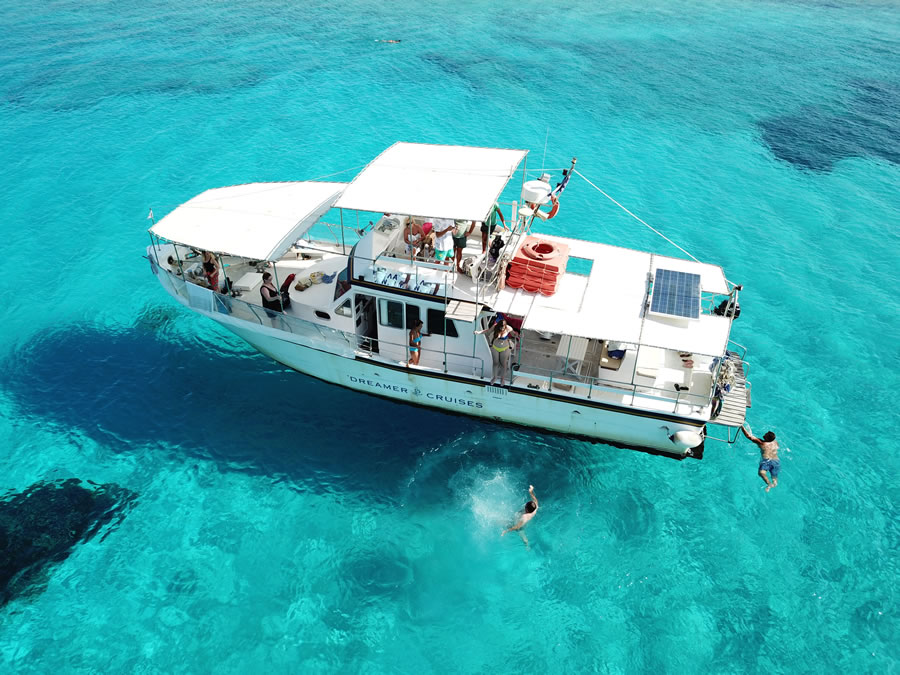 The best places to eat in Aegina are scattered not only in its main town, close to Villa Vithania, but also in the smaller villages and settlements around the island like Perdika. Aegina offers exceptional dining and nightlife experiences which will definitely make your stay really pleasant. Short distances will delight you as you go from the beach to your room and, then, shortly you can visit a fish tavern with excellent seafood and eventually close your day in one of the beach bars of the island. Aegina town is not only one of the best places to eat in Aegina but the place where some of the best bars and clubs on Aegina Island are also gathered. Among the places with vibrant nightlife we can definitely suggest Agia Marina and Souvala.

Authentic goods, best outlet and boutiques. In Aegina be sure to buy a pack of pistachios. They are grown here in large quantities. Aegina pistachios are considered to be the best in world! They are sold everywhere on the island. Women usually bring natural cosmetics from Aegina. Greeks love to produce natural soap, shampoos and shower gels. Their recipe is based on olives, spring water and other eco-friendly products. Pictures of local artists are popular among tourists. Aegina attracts painters because of peculiar sun and light. A great number of various artists come here every year to portray the beauty of the island. 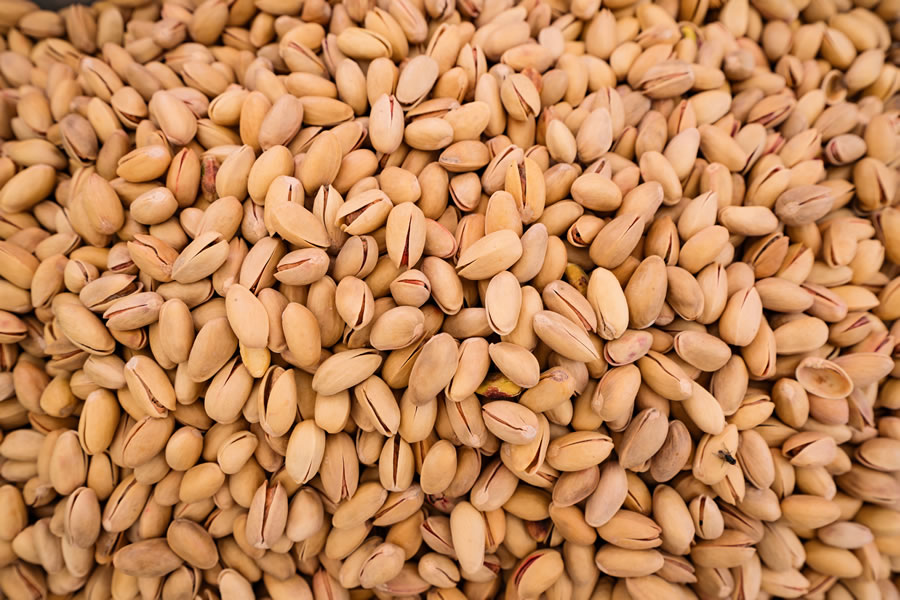 It’s ideal to stay in Aegina and take the opportunity to visit Athens only for a day. You go through 2.500 years of culture and history in only 7 hours! See-it-all tour around the vibrant Athenian city and let us take you on a journey throughout ancient and modern Athens. Discover the Acropolis, the Acropolis Museum and the city highlights with a fun and knowledgeable guide in the comfort of your private vehicle. Watch the Changing of the Guards, pick up some duty free shopping and stroll through the vibrant Plaka district. Only an hour from Aegina! 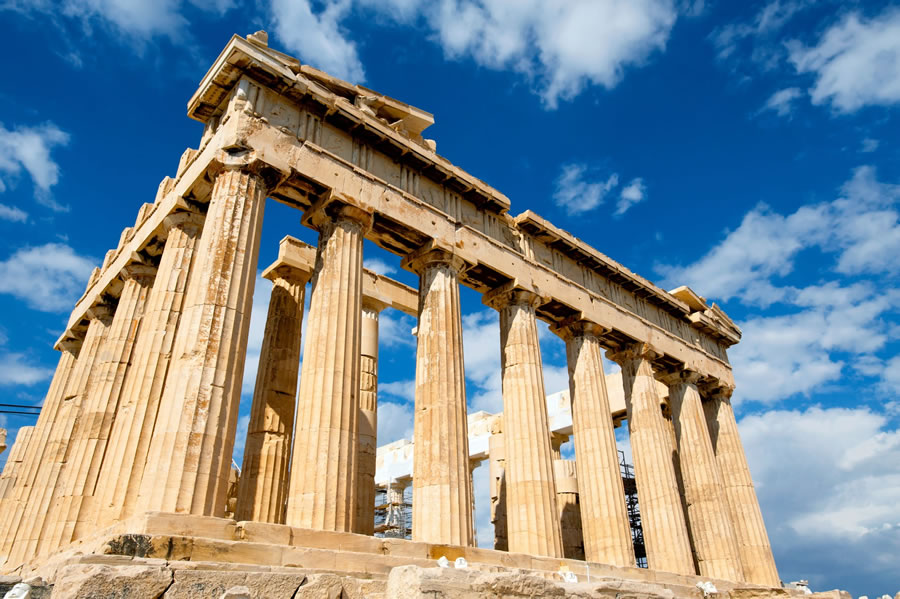 The theatre of Epidaurus represents the finest and best-preserved example of a classical Greek theatre. Even by today's standards, this monument stands out as a unique artistic achievement through its admirable integration into the landscape and above all the perfection of its proportions and incomparable acoustics. You will be taken by boat (at around 18:00) to the harbour of New Epidaurus (1 hour trip) where a bus is waiting to take you to the theatre (20 minutes). You will be watching the theatre play afterwards the bus and boat will take you back to Aegina. Around 01:00 you will be back on Aegina island. 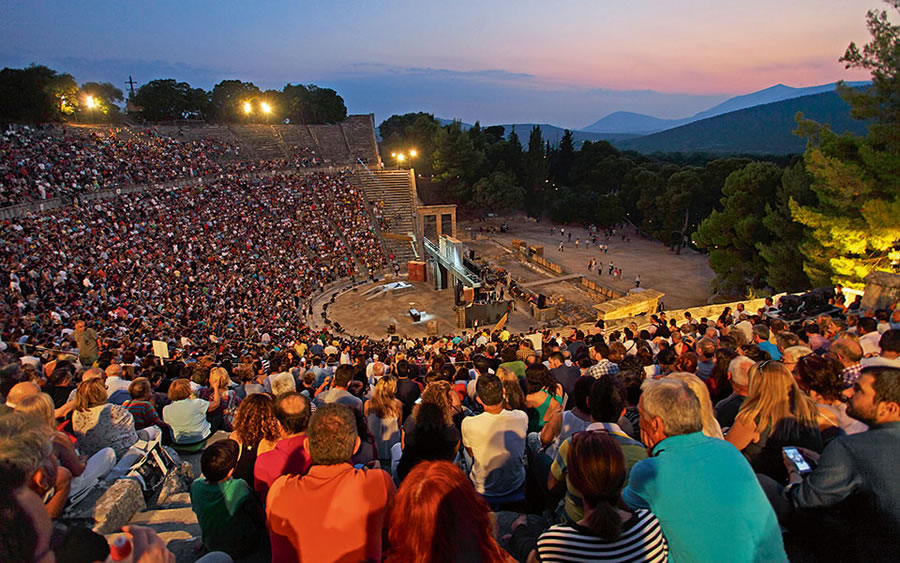 The Islet of Moni

Moni is a small islet a stone’s throw (8 minutes by boat) from Perdika. Most of it is covered by pine trees. It is a great spot for walking and exploration, as it has retained the wild beauty of pristine landscape, particularly the further you go from the shore toward its rocky peaks. Its permanent residents include deer, wild goats and peacocks. The colours of the sea at Moni are magic and the water is crystal clear. 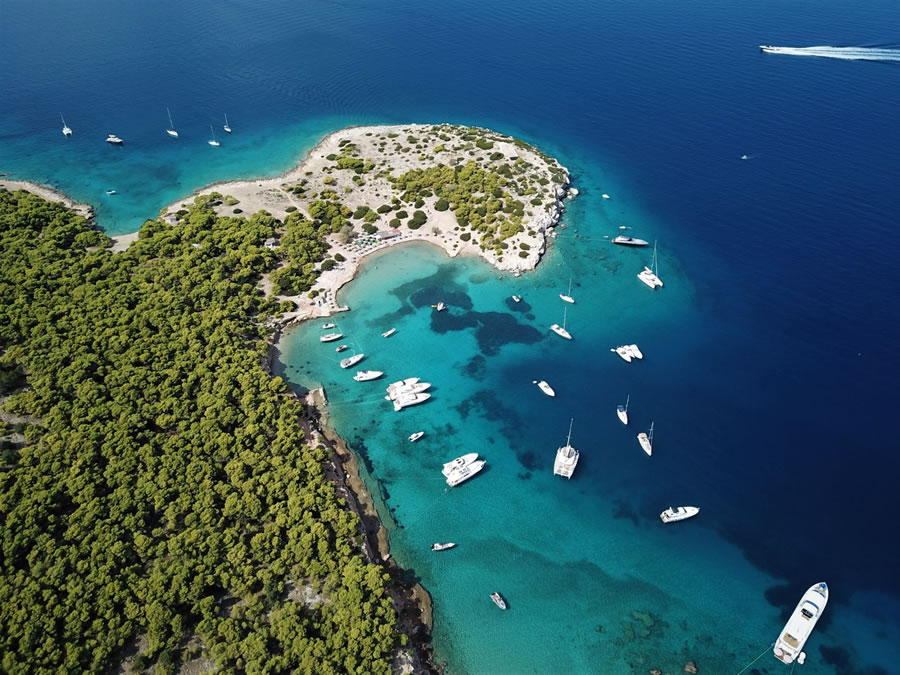 This magical landscape includes Centuries-old olives over 400 years old. Among the trees, as if thrown by a hand into the space, are three chapels. It is of St. George, of the Holy Sunday and of the Holy Trinity. The ancient olive trees are at least impressive. Some trunks reach up to 10 meters perimeter, reminiscent of the backdrop of an ancient drama. Ancient Olive Grove of Aegina was featured in the world's biggest fashion magazines through the photography of the French firm Hermes in 2012. Nevertheless, it remains a mystical destination to this day. It is a virgin place that even the locals do not know well enough. Discover this well-kept secret, a true oasis, in a rapidly-building site. It is the island's ideal spot for picnics, walks and yoga as sessions are organized. 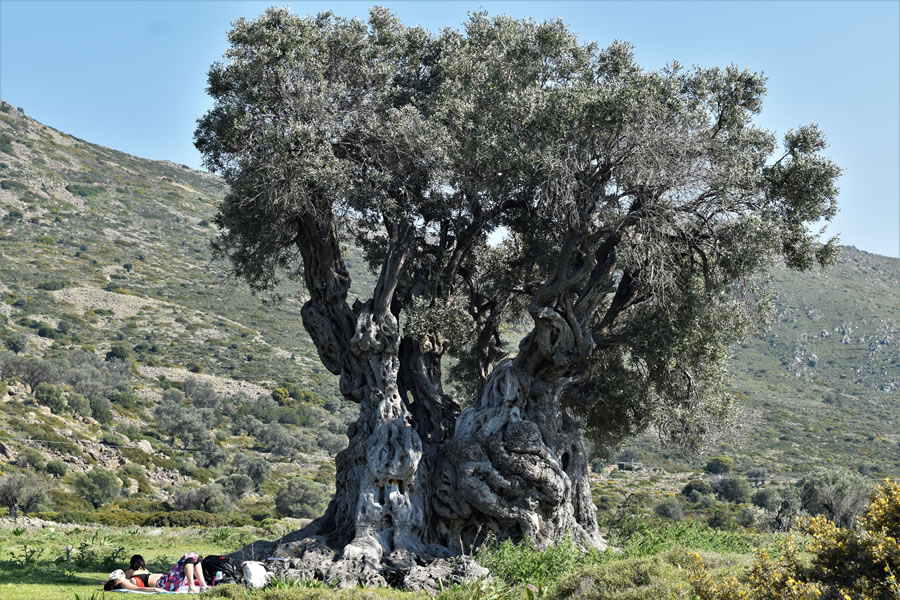 Ceramics, one of the early professions in human civilisation, are deeply rooted in the history of the Aegina. Pottery found on the archaeological site of Kolona dating back to the Neolithic Age provides valuable evidence about the communities of the period. More recently, the clay Aeginetan pitchers, which are as well known as the local monuments or famous pistachios, bear testimony to the island's association with earthenware. You can participate in Aegina town, in one of the lessons and create a brilliant ceramic piece of art in the shape and colors you choose. Perfect activity for young children too! Take part with your kids and spend some quality time with them! 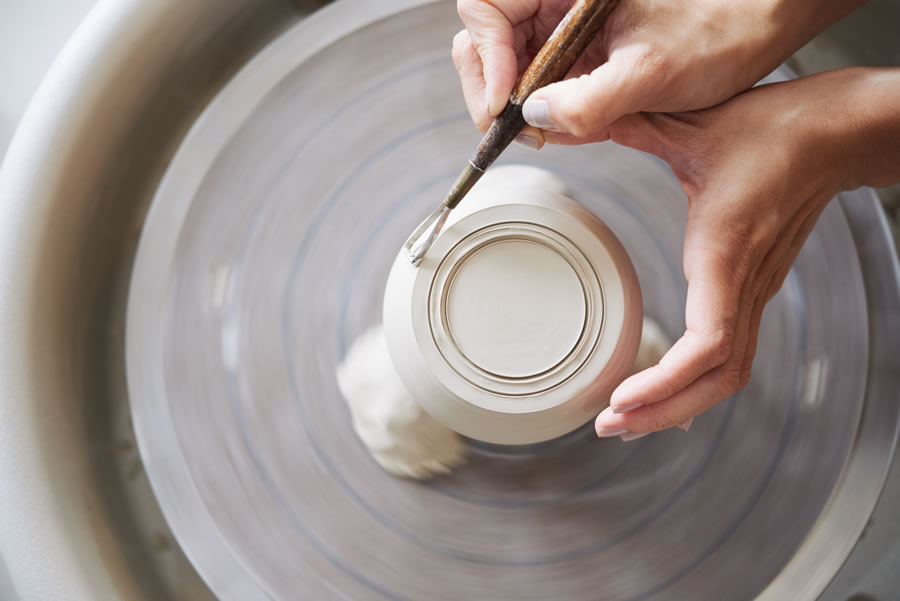 There are three different open-air summer cinemas in Aegina town showing new and past movies. One of them is only 50m away from Villa Vithania. With popcorn or a local souvlaki in hand, it is a must-do of the island. 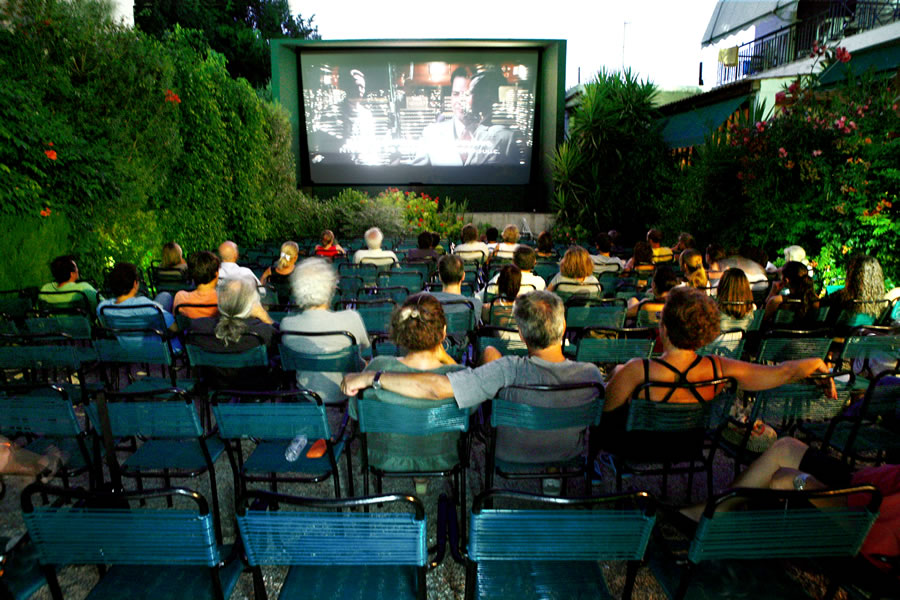 Hikers coming to Aegina will discover treasures that those with a preference for vehicles will never experience. Cobblestone paths that used to connect villages or barely discernible dirt tracks that crisscross the island offer a look at the island's unique natural habitat. Hikers gain vivid insight into the customs of inhabitants from past generations, as they come upon remains of mills, threshing floors, watering holes (known locally as souvalas) and old settlements. Thanks to the complex relief of the island, several undistrurbed clusters have been preserved, and with them an important part of the old pathways. The network of the paths, includes 8 hiking and one MTB route.

Aegina has a number of paved road and off-road routes for you to try out. If you head toward the fishing village of Perdika (9.8 km from Villa Vithania at 8 m altitude), the road is quite passable and follows the coast with a view of the sea. At Aeginitissa, a crossroads leads to the 2,000-year-old olive grove Eleonas (5.65 km, at 13 m alt.), a magical spot with ancient olive trees whose gnarled trunks are works of art in their own right. Another route takes you to Souvala (9 km northeast of Aegina town), which is also at an even, low altitude along a paved road. On your way, you will pass the archaeological site of Kolona (430 m from the port at 6 m alt.), the "Mother" sculpture and the Christos Capralos Museum (2.85 km along the coastal road at 7 m alt.), quite near the house of Nikos Kazantzakis (3 km, 7 m alt.), where he finished writing Zorba the Greek. At that spot, cyclists will catch a view of the tombs of the ancient Salaminomachoi, those who fought in the naval battle of Salamis in 480 BC. There are also routes to the more mountainous areas of Aegina which nevertheless end up at sea level, such as Agia Marina, just below the famed Temple of Aphaia Athena (16 km from Aegina at 152 m alt.), giving you an opportunity to run/ride through the wooded areas of the island. 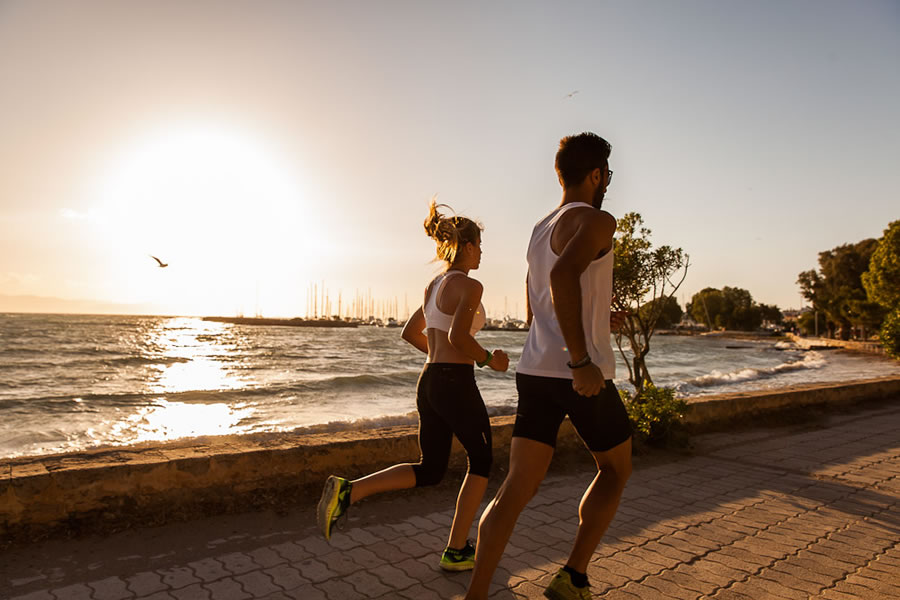 Whether you are interested in scuba diving or diving lessons and diving tours, Aegina is what you are looking for! For endless, fascinating and safe diving in Aegina, you can enjoy the ultimate tranquility of the endless blue of the sea! You can find a very experienced diving center in Aegina, which is certified by the largest scuba diving body (PADI) and offers a wide range of diving programs – certifications from Discover Scuba Diving (for beginners) to Dive Master level (for experienced divers) as well as a plethora of certifications such as the Deep Diver. You will have the opportunity to tour Aegina’s deep waters by diving in various places around the island and discovering colors, images and creatures, in a life experience that will make you feel free as never before. 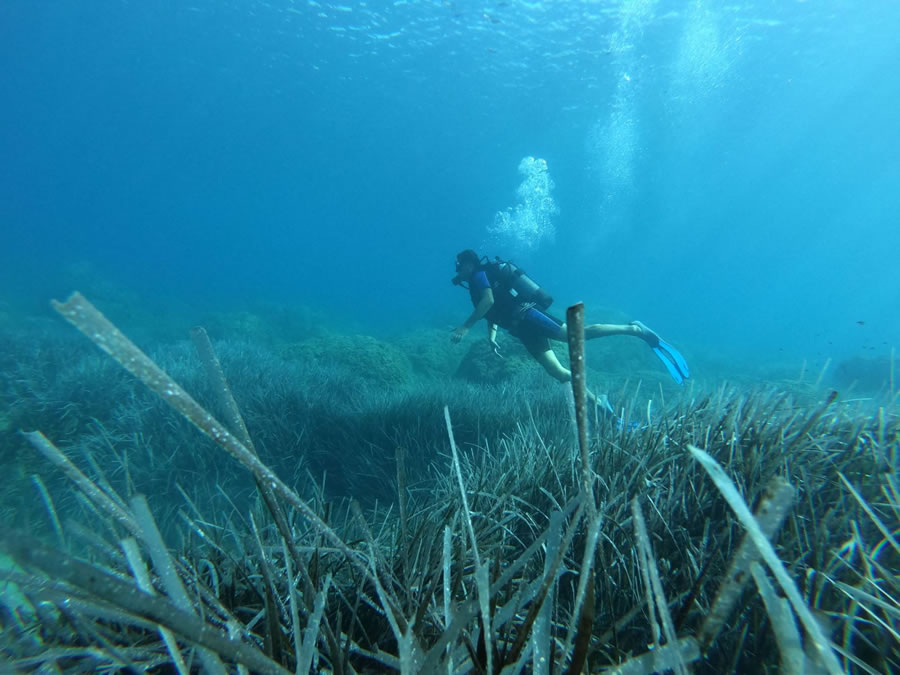 The island’s waters are ideal since they are shallow and safe, while on the windy days the waves are as big as required for the respective sports such us wind-surfing and kite-surfing. You can also xperience water-skiing, canoeing, scuba, jet-skiing and fishing. In Agia Marina you will find many options for water sports during the summer season. Explore and enjoy the Mediterranean Sea in a different way! 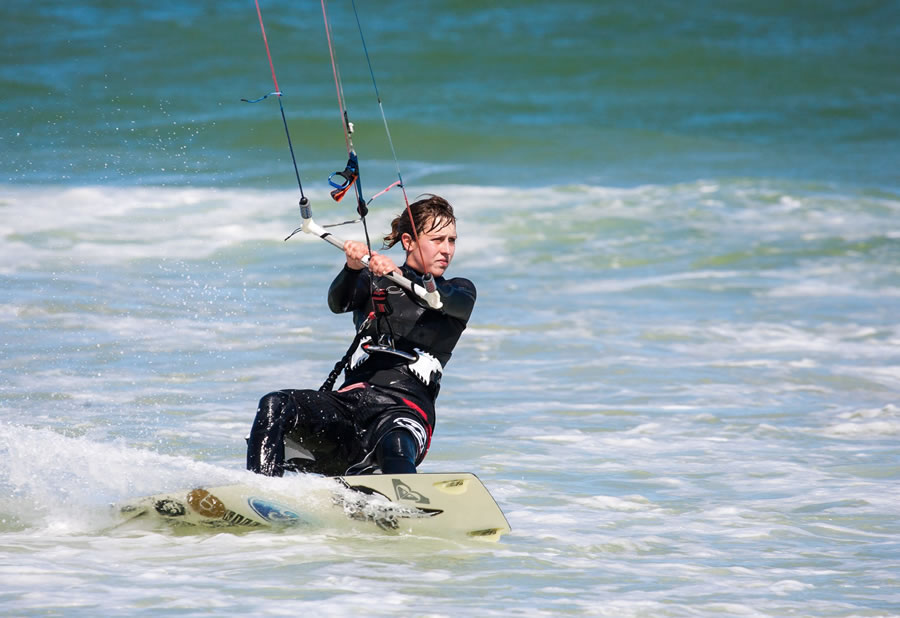 Exercise is an important part of a healthy lifestyle and a great way to help you maintain your weight during the holiday season. You can find fitness centers/gyms very close to Villa Vithania for your daily workout on weight lifting, yoga, Pilates, TRX, Crossfit, Zumba and many more. During summer time, there are plenty of outdoor activities, especially yoga sessions on the beaches around the island. The track and field stadium is located only 5 minutes away, where you can exercise on running or play football. Tennis courts are also available close by.